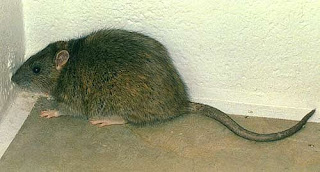 It's really hard complaining about anything once you've had cancer, or once you've been a chaplain because you've heard all kinds of really sad stories that makes your complaint look pathetic and ridiculous.

So last Monday when I tripped while running and tore my hamstring, even though the pain was second only to breaking ribs, I felt like, "Oh, geez, well, it's not cancer," even though it meant I spent two days in bed lying on ice packs and gulping Aleve. And I could not sit down on anything. ANYthing if you get my drift. My doctor said, "It's because you're sitting on swollen muscles."

Swollen muscles. I got this image of a horse's rump that has been pounded by sledge hammers. "Hamstrings take a really long time to heal," he said. "A really long time."

So then on Friday when I woke up with chest cold that went up into my head I thought, "Hamstring tear and a bad cold. Well, it's not cancer."

But Sunday night was the last straw. I opened the towel drawer in the bathroom and there was a stack of gnawed towels and piles of RAT SHIT!!!!!

Yeah, yeah, I've had cancer and that sucks but RATS?!!!! I am so grossed out I can hardly stand it. We set a trap.

But the point of this post is that cancer kind of ruins guilt-free whining about the normal everyday things. But now that I think of it, being aware of the rest of the world sort of ruins it.

Maybe that's the point of awareness, to ruin our complaining, to realize that it is not really necessary to whine about anything. What percentage of the world share their daily lives with rats?

The trick is to laugh at yourself as you complain and then pray for the rest of the world.

Well, thanks for letting me work this out with you. I feel much better in all ways. And now I've got to get to that trap.
Posted by Debra Jarvis at 6:09 PM 3 comments: